The British Falcon Races were held over two days in late September. We welcomed 22 falcons into the Flat race, and another 28 into the Hunt race.

History was made on Sunday 27th September as Gareth Dargue and Gail Carr won a large cash prize and a solid bronze Trophy for their first place position in the Flat Race. Their Gyr Saker ‘Casper’ completed the 400m flight in just 20.591 seconds! 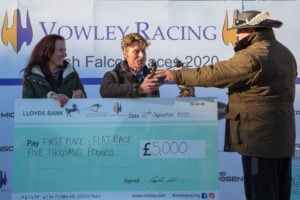 Then there’s the Fox Falcons team, who claimed first and second place in the Hunt Race on Sunday 27th September! The team took home a large cash prize and a solid bronze Trophy. Their Gyr Peregrine ‘Swallow’ completed the Hunt Race in a record time of 1min 30, and their Gyr Saker ‘Slipstream’ closely behind, with a time of 1min 38. 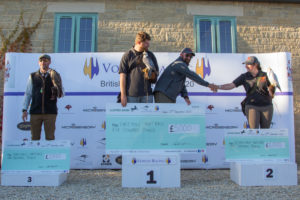 View the placed falcons for each race at The British Falcon Races 2020 below; 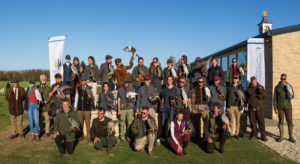 ♦  WINGBEAT ROPREY  ♦
We organised an exclusive discount of £100 off a Wingbeat Roprey model purchase (complete set only) for competition entrants prior to the event!